The term tandoori may sound completely strange to some people but to those familiar with Asian or a bit of Eastern Europe culture, it’s quite normal stuff. It’s used to refer to the foods that have been cooked in the Tandoor oven. A Tandoor is a vertical clay oven used by many cultures from India, Asia, Eastern Europe, Pakistan, and the Middle East. The ovens are used to cook a variety of foods from meat to bread, and it keeps the food hot for a long period. The tandoor cooks food fast and retains moisture that in turn requires the meals being cooked to use very little oil.

In this article, I will describe some of the best Tandoori restaurants in London – including what is unique about them and the various foods and products that they serve. Being that England is not a predominantly vegetarian country like India, many more restaurants here serve meat dishes but you can still always get a nice vegetarian option. Let’s have a quick look! 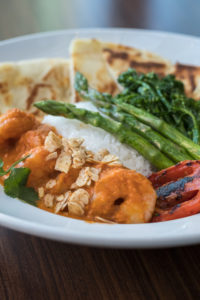 A Punjabi Dhaba cooks all the food at the restaurant following traditional recipes with no stir-in sauces or short cuts. Most of the dishes are cooked slowly or marinated overnight which, thereafter, provides properly cooked foods. The options are few and usually vary regularly, as the weekly specials. It provides Indian and Asian cuisines and not to forget, vegan/vegetarian options are also available. I hear that the Chicken tandoori in this restaurant is one of the most outstanding ever cooked. You will enjoy the value of your money on the food you’re served at this restaurant.

This is one of the newest Indian restaurants in London that offers a diverse menu with the blend of traditional Indian dishes and South-Eastern Asia authentic flavours, however the restaurant itself is modern and trendy. They also serve Indian and Asian cuisines with other special diets that are vegetarian-friendly, gluten-free and vegan options. What will enjoy the most here is the naan and the tandoori options that are on offer, and the atmosphere.

Amaya is one of the hottest restaurants in London today. It won awards straight away when it was opened in 2004, including a Michelin Star. The foods are cooked in a dramatic open kitchen and edged by theatrical interiors. Their service is very good and you will appreciate the value of your money too. If you eat meat, be sure not to miss the tasty Chicken tandoori and Prawns in tandoori sauce.

The creative and innovative Cinnamon Club serves Indian cooked dishes that are combined with local produce giving the food modern European flavors. In addition to the food, there are specialty cocktails and tasty bar platters which include the spiced martini with cardamom, pomegranate, and cinnamon. The food in this club is just so delicious with an adorable setting and surroundings. An Anjou pigeon breast cooked in the tandoori oven will leave you craving for more.

Salloos Restaurant is one of the oldest and most respected Pakistani restaurants in London. It opened in 1966 and was well established by 1976. It maintains the Mughal’s style of cooking, which is the empire that existed in India before the British. The restaurant uses a product of the magnificent synthesis of spices found in the area together with the Arabian and Persian influences.

This is a roadside Dhaba that wants to serve you a hassle-free meal in a simple environment which is calm. This is an fantastic place to take a break and eat some mouth-watering food. The menu in the restaurant is very difficult to choose from because everything prepared there is so tasty and very well prepared. If you like chicken, the Tandoori chicken is apparently perfectly prepared and very well reviewed. The service offered is extraordinary, and together with the ambient environment makes for a very pleasant dining experience.

Khans also a Pakistani Restaurant started in 1999 by Mr. Khan who dreamt to incorporate all his authentic eating experiences as a child, eating food cooked with local Pakistani spices. The Tandoori to try out in this place is the chicken tandoori or the fish tandoori – which are flavoursome, spiced lightly and truly nice.

After its opening in 2015, the restaurant was also awarded the Michael Bib Gourmand immediately. Gunpowder shows responsibly sourced ingredients with the bold and vibrant flavors of the subcontinent. The recipes are of the traditional family with a little bit of a modern interpretation. Look forward to some good lamb chops and tandoori chicken that you will love.

Gymkhana is a place for people of high society where the members dine, socialize and drink. It was awarded a Michael Star award in 2014. The best tandoori meal in Gymkhana is the guinea fowl tandoori and the tandoori fish.

The Tandoori foods done very well in all of these restaurants are the Tandoori chicken and tandoori lamb chops. They are some of the foods that customers reported as loving the most. The best Tandoori restaurant in London, therefore, could be any of these nine amazing restaurants. However, if you step into any of them as we’ve described above – then you’ll truly appreciate just everything.